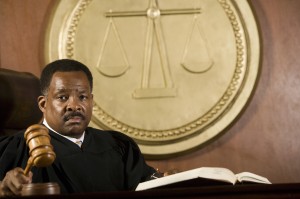 The cases listed below are actual results from real cases handled by the experienced injury and accident attorneys of The Cochran Firm’s Washington, D.C. office. Each case is unique and must be evaluated on its own merits. We are unable to make any guarantees and these prior results are not an indication that a similar result will be reached in your case. They do demonstrate the types of cases we have experience in handling.

$9.5 Million – 21-year-old male paralyzed as a result of a shooting at an apartment complex due to inadequate security, despite a long history of violent crime on the premises.

$8 Million – Death of two workers in a natural resources disaster who perished as a result of improper workplace operations and inadequate safety and rescue measures.

$6.3 Million – Mother and her young child were burned to death in an explosion in an apartment complex which resulted from repeated vandalism that went unaddressed by landlord.

$4.4 Million – Father and two children were killed as a result of carbon monoxide poisoning resulting from faulty flu connected to water heater in apartment complex.

$4 Million – Child born with cerebral palsy as a result of failure to recognize placental abruption after mother arrived at hospital.

$4 Million – Newborn child was losing weight and not feeding, yet pediatrician did not properly treat and admit the child to the hospital, who then suffered extreme metabolic acidosis and severe brain injury.

$3.5 Million – Elderly lady who suffered a brain injury as a result of failure to treat a compromised airway while she was in the hospital.

$3.2 Million – Massive brain damage suffered by successful heart transplant patient when her blood sugar was allowed to plummet in post-surgical ICU to level inconsistent with life, due to lack of proper monitoring.

$3.02 Million – Verdict in a wrongful death case of a 58 year old educator who was a husband and father of three grown children involving a John Doe driver and a flat bed truck. Verdict upheld on appeal and collected.